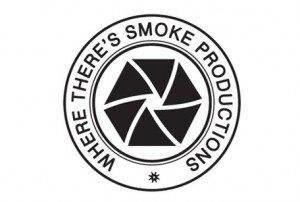 Earlier this year whilst attending the Sydney Semi-Permanent conference, I was able to meet and chat with Mark Blondel from Where There’s Smoke, this is just a little Q&A he agreed to do with desktop. You might not know the Where There’s Smoke (WTS) name, but you will probably recognise some of their work. You can see their show reel on their website, and you would be surprised just what has come out of the WTS office on Sydney’s Northern Beaches.

You spoke at the 2012 Semi-Permanent conference in Sydney, how did it come about, and how was it to speak at an event like that?
It was just a week or two before the conference that we received an email form the guys at Semi-Permanent saying how much they enjoyed the new Channel [V] work we’d just released and that they’d love WTS to come and speak at the Sydney event. We all share a fear of public speaking. I failed to convince our designers to share the stage but it was a fantastic experience. Many studios and creatives who inspire us have been a part of Semi-Permanent so it was very much a privilege. We got to hang with GMUNK. 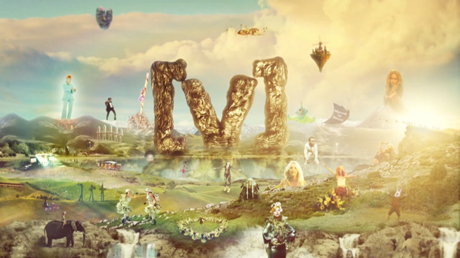 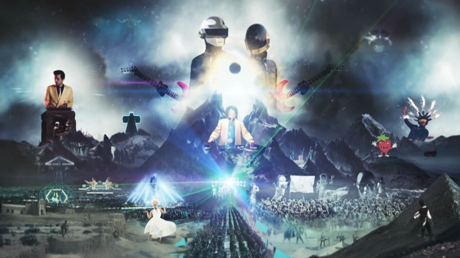 One of the most talked about pieces was your music identification for Channel [V] with the parallax effect. The predicted design trend for 2013 is that we will be seeing more of it, does it feel good to have pre-empted a trend or does the idea of more parallax work just drive you crazy?
If I so much as mention parallax or request rotoscoping in the studio there will be mutiny. The pre-empting in large part came from the Channel [V] creative team so kudos to them 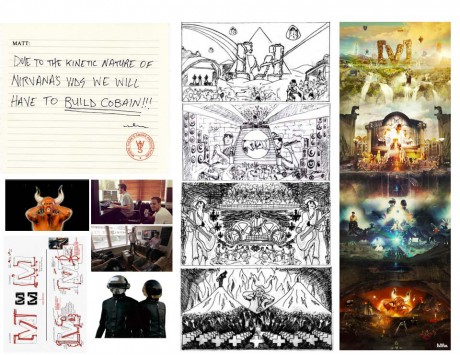 Do you think the Channel [V] work has given your work much greater exposure and awarded you more recognition for the business and yourself?
Yeah, for sure. The [V] audience is far reaching and the various sub-groups that wouldn’t necessarily see our more niche work then start to observe WTS.

Do you find you are able to maintain a healthy work / life balance with the business?
The balance is getting better. Initially there was no separation, work bled into everything. But at the time it was fine, I was happily consumed by it all. You quickly learn to set more appropriate boundaries, growing older, life changes and family and friends are most worthy of attention. Through critical periods I still find myself working till near exhaustion. Technology allows us to pack an amazing amount of work into each week. It’s now expected of us. I’ll regularly head for isolation in the north or south coast or southern highlands to recharge my batteries.

What is your standard type of day at work?
Early start. Round of coffee with the team. Tame the inbox. Stare at empty black screen, project thoughts at it. Translate into treatments, pass to team. Prep shoot or design schedule. Water office plants. Lunchtime surf. Procrastinate. Work across projects with team. High fives. Stare at empty black screen.

Do you think the office space that you work in enhances and promotes creativity? Would it have the same vibe if you were in a high-rise office block?
It’s a very relaxed and friendly vibe here. It wouldn’t be the same in a high-rise office block. We’re above cafes, surf shops, surrounded by beatniks. Work barefoot. The beach is across the road. The northern beaches offer us space and solitude to focus productively on our projects. It’s conducive to our nature.

Where do you see the industry headed in the next ten years? Now with so much more being done on the web and mobile, do you think there is going to be a shift in how the creative is delivered to the viewer?
Human endeavour is always forward with no plateau. Change can be blistering in speed. In terms of media technology and delivery it’s exponential and leap frogs the previous generation of technology. Content delivery becomes all inclusive of the family, home and social gathering areas, additional to personal computers, tablets and smart phones. People will watch the news on the bathroom mirror while brushing their teeth, sponsored by Colgate. Consumers expect access to content anywhere, anytime, in a non-linear way. Pro-equipment prices plummet and reach the mass market. Professional creatives battle to remain relevant. Advertising follows the growing global trend to cater to the lowest common denominator and populism reigns supreme over substance and smart creative that engages. The horror is realised. This will be short lived and the glory days will return. 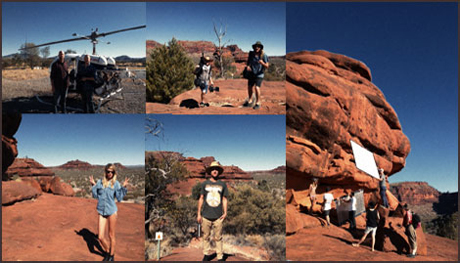 Your recent commercial shoot in the Northern Territory is really interesting. Is the connection to the outdoors something that you try and bring into your work, or is it something your clients’ request in the creative?
A bit of both. SDS approached us with the idea of shooting in the Northern Territory. I jumped at it. Our DOP had been there a bunch but I hadn’t, and it had been on my radar for a while. Working in places that you’d like to holiday at is bliss.

Do you have any advice for people wanting to get into your line of work?
Work hard, stay honest. It’s tough, competitive and constantly changing but always rewarding if you work hard and stay honest.

Do you have a project that you have worked on that really stands out for you as a rewarding experience or that has that cool factor that makes it a favourite of yours?
Red Ocean Mystics. We slept under the stars with dingoes howling. Walked through canyons. Bathed in healing smoke. Learnt about bush medicine. Hijacked a chopper. Got lost. Climbed mountains. Swam in rivers. Filmed. Made friends. A wonderful project.
Photos sourced from the Where There’s Smoke website or their Instagram feed.

Posted by Nicholas Turner on Saturday, December 9th, 2017 at 3:44 am in Article, As seen in desktop magazine, Blog