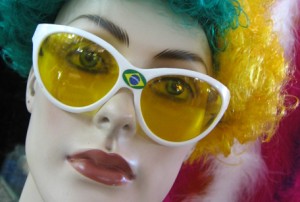 As a youngster, I saw the dominance of music videos and the all powerful MTV make new bands into sensations. The internet has now brought us a totally different method of finding new bands rather than being fed the product that the record labels wanted us to see and purchase.

We can see through the thinly veiled marketing ploys and manufactured pop stars. We want more but we also want something different to what is being shoved into our ears and eyes via the main stream radio and television channels. Look at the old album exchange which brought about the rise of Metallica, swapping cassettes of your latest favourite band so others could hear them too. These days it is a case of shooting someone a link to a YouTube video, or a Last.fm track, or just sharing a few of your favourites through a playlist on iTunes, which can spread the word faster than you can say Arctic Monkeys.

Will we see the death of manufactured pop and its terrible high rotation to get sales? No. It is the model that the major labels use so we won’t see them switch until the general public stop listening to the radio and stop watching the music television channels. So you can expect to see plenty more of the Avril Lavigne ‘sk8r boi’ method, where you get the same song three times an hour throughout the working day. This method always runs the risk of making the listener so sick of the song they are happy when the next one is taken into high rotation (I used to work with a designer who would turn off the office radio for the length of the song and then turn it back on afterwards he hated the song so much. We counted, it was played more than 17 times in a day, as that was how many times we heard it come on).

When the iPod first hit, as a designer I was worried about the death of the album cover (as the iPod didn’t show anything other than the name of the song/album/band). These days the cover itself is the most important sales point so people can spot it in Cover Flow or on one of the many sites selling MP3s. True, we don’t need the inserts or back cover track listing, but the need for graphics is just as great as before. Nowadays you need to have a video for your song so that people can share it and get people following you so that they are notified when new videos come out so they can go and buy the new single or album as soon as it hits the internet.

I, for one, used to spend a good portion of my pay cheque on albums, especially as I was buying expensive import-only albums (living in a different country to the bands can sometimes mean there is no distribution deal for their albums to hit your country so you end up paying a premium to get the album shipped to you). These days, of course, I can download full albums for the same price as everyone else through the digital stores, and just the good songs off an album. I used to hate the three or four filler songs on an otherwise great album, or worse a compilation album by a band with one new track on the album trying to force you to buy the whole album for the one new song (I am looking at you Bon Jovi on that one). Sure, the money you pay for the song is a lot less, but with no CD manufacturing, no printing and shipping, the cost of the album should be peanuts if it is only going to be digital. The band still gets pretty much the same as they used to. Which generally runs around 50c to $1 for a full album. Which is why you will find bands offering the music on their own websites for a similar price as iTunes, but they get the bulk of that sale (if they are independent). I am now switching to try and purchase my music from the bands direct.

The music is still the same, but the method we find it, listen to it and watch it has changed forever. Choice is a good thing, I’m not saying generated pop bands through marketing machines like idol is the end of the world, I’m just glad that YouTube is killing the old MTV method of creating a star through high rotation.

Posted by Nicholas Turner on Saturday, December 9th, 2017 at 2:55 am in Article, As seen in desktop magazine, Blog