After discovering a collection of Star Wars pictures online that were of uncommon or hard to find behind the scenes shots along with unused shots from photo sessions I just had to use a few of them as wallpapers.

Every time I see this picture I keep hearing Vader saying something along the lines of ‘I made you! I can certainly take you apart!’ followed by C3P0 saying ‘You’re not my creator!’. Okay it is a pun based on the Luke / Vader father talk.

It is the potential violence that makes this good in my opinion. It sets an expectation rather than just serving up a stereotypical shot of Vader choking someone. 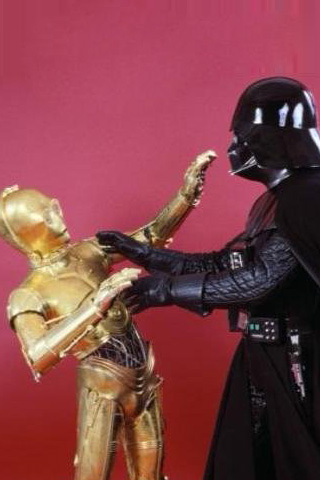 If anyone can tell me who to credit for the shots, let me know so I can add that in for them.